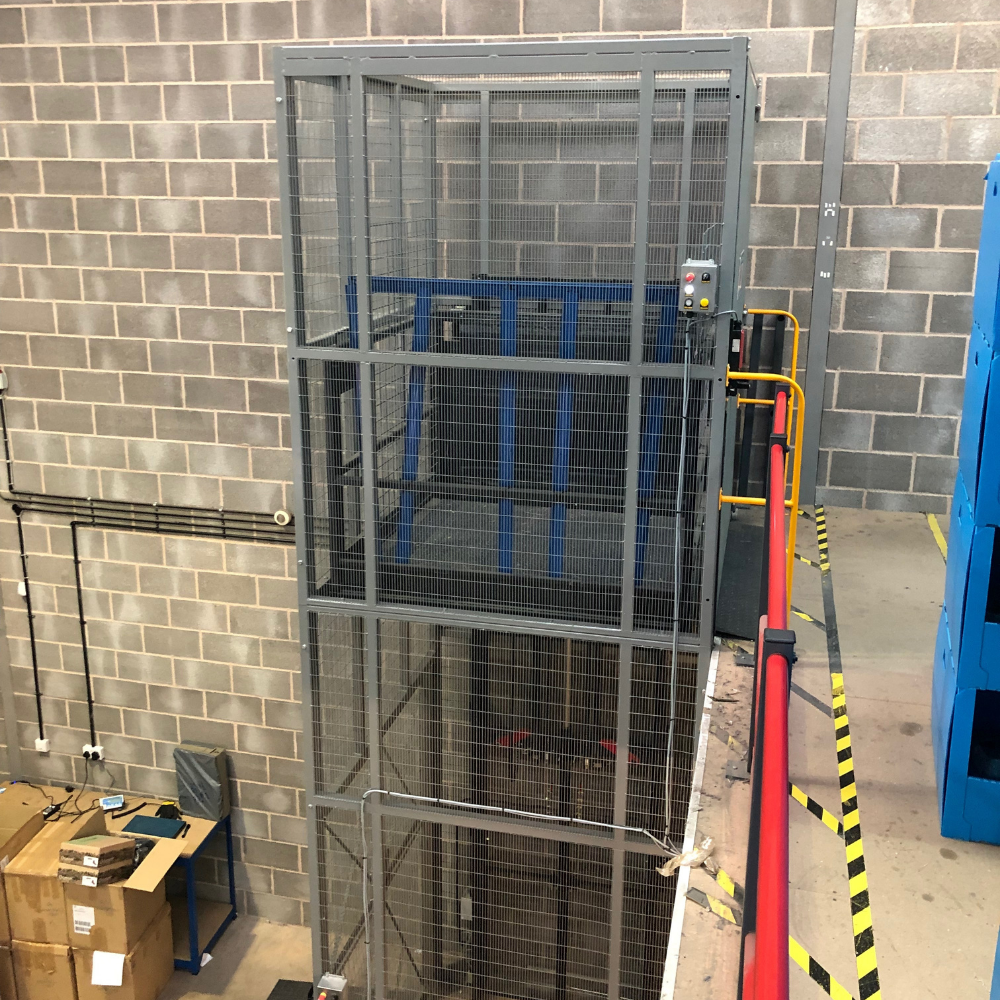 Gardiner Bros & Co (Leathers) Ltd is a footwear supplier distributing some of the most well-known footwear brands across the UK and Ireland including Hush Puppies, Hunter and Sketchers.

Dealing with over 70,000 SKUs and operating 12-hours a day (and more during busy periods), Gardiner relies on streamlined processes and systems to operate efficiently and maximise productivity.

Gardiner was building a new purpose-built distribution centre to cope with an increase in business. The new facility operated across two floors which generated their need for a Goods Lift.

The challenge they faced is how to make the process of unloading a full lift load, replacing with empty trolleys and reloading with another full load as efficient as possible so not to have pallets of products becoming mixed up or mislaid.

They also needed to ensure the lift was robust and durable to cope with their long operating hours as a break-down or unplanned downtime would negatively impact on their business and its reputation.

After completing a thorough review of potential suppliers Gardiners requested a site visit by the Advanced Handling team to conduct a full audit of their requirements. Following this, Advanced Handling was able to provide a solution that met the specification and importantly, was within the budget criteria laid down for the project.

The 500kg lift ultimately supplied featured a unique double entry at the lower level so goods could be pushed in as the load which had come down the lift is pulled out the opposite side; separating the goods in and goods out and increasing the “working time” of the lift.

Advanced Handling ensured that the lift was durable and robust by fully-enclosing the shaft. Other features included built-in ramps to help loading and unloading on the ground floor and a bridge plate on floor one to protect users from the gap between the lift floor and the first floor and again, to make unloading and loading easier.

During the design phase, Advanced Handling also identified the potential health and safety concern and following a review with Gardiners were able to resolve with some additional features fitted as part of the final installation.

Gardiner’s new facility is now open and they’re busier than ever!

Their new goods lift was installed, tested and signed-off by the Advanced Handling and is now a major part of their operation.

Advanced Handling revisited the site as part of their after-sales service to see the lift in action and speak to end-users to hear about what they think to the new member of their team!

The Gardiner team commented on how quiet the lift was during operation and George, an end-user exclaimed how he “wouldn’t be without it” adding “It is so much more efficient than a conveyor”.

If you’re facing a similar challenge in your workplace, contact us on 01778 345 365 or email sales@advancedhandling.co.uk & we’ll be happy to help.